ARTICLE #6 IN A 6 ARTICLE SERIES 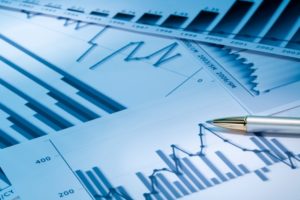 Congratulations! You’re at the point in your telemarketing campaign where it’s time for measuring and analyzing the results. It’s taken a lot of work to get here – you have identified your database, written your script, role played with the script, started calls, and followed up as necessary with your prospects.

Now, it’s time to take a step back and revisit the goals of your campaign. What were you trying to accomplish? Most likely, you were trying to uncover actionable events that can help you grow your business.

At the end of a calling campaign, it’s helpful to analyze your progress throughout the campaign.

Note: You don’t have to wait until the end of a campaign to analyze – it’s helpful to look at results and productivity at other points as well. For example, a few checkpoints are:

Keep in mind, if something needs to be adjusted, it’s better to know sooner versus later. This is why we suggest multiple checkpoints throughout the duration of a campaign.

To begin measuring and analyzing, first, compare your results with your goals. Did you achieve, exceed, or fall short of what you were hoping to accomplish? Why? What will you tweak for the next time?

If you have technology, you can pull reports that show exact numbers – the hours called, calls connected, the number of actionable events, etc. Analyzing and understanding these data points will help you with the success of future campaigns. However, while it’s important to look at these numbers, do not undervalue the callers’ thoughts and opinions. Reports show you numbers, while the callers can tell you more about how the calls were received and what they heard from the prospects.

The most effective analysis will include the data and feedback – this will paint the clearest picture of the campaign as a whole and give insight into the meaning behind the numbers.

In summary, most prospects make buying decisions when their timing is right and they have a need or pain with their current solution. The best way to capitalize on good timing is to establish the discipline to be calling on a consistent basis. Remember, a day you do not prospect will create a day in the future when you won’t have something to sell.