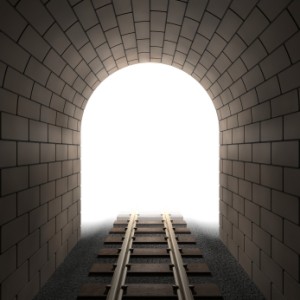 The search for the perfect candidate to join your leadership team can seem like a grueling task. Not only does this person have to possess a thorough knowledge of the specific subject matter, they also have to be compatible with the existing members of your team. While it might be difficult to see the light at the end of the tunnel in situations like this, XBig6/Dunlap Marketing provides a flashlight and leads the way to a successful hire.

“Magna Energy Services came to us with the need to fill a Safety Specialist role in the spring of 2015,” said Mike Dunlap, owner of Dunlap Marketing. The first step XBig6/Dunlap Marketing likes to take when recruiting for a new job opening is to set up a conference call with their client. “The goal of this call is to learn the ins and outs of the job as well as the culture of our client’s company. It’s a good foundation to start with,” Mike commented. After the conference call, sourcing for the right candidate began. The recruiting team received more than 400 applicants. With the knowledge they gained from the client meetings, they narrowed the list of applicants to 105.

Next, a scorecard was designed that contained two tiers of critical questions and talking points that would be asked to candidates who made it through the initial resume filtering. The first tier consisted of 15 questions such as willingness to relocate, familiarity with the required job functions, certifications, and education level. If potential candidates answered all of the first 15 questions acceptably, they were asked the second tier of questions. This tier consisted of eight in depth questions that were geared toward leadership experience and ability.

The XBig6/Dunlap Marketing team spoke with and vetted 81 candidates by phone. With the help of advanced CRM and computer telephony, the team was able to make simultaneous outbound calls as well as answer the inbound calls from candidates returning calls. With information acquired during the first and second tier questions, the 81 candidates were then filtered down to 16. For each of the 16 potential candidates, the XBig6/Dunlap Marketing team compiled a cover letter that documented notes from the conversation(s) with each qualifying candidate as well as the candidate’s resume. These 16 were then presented to Magna’s Human Resources Director.

Four of the 16 were chosen to have a phone interview with the Human Resources Director. Two of those four were then asked to go to the client’s office for a face-to-face interview with members of the leadership team.

“I have been very pleased with the eager applicants I have received from your team!” stated Beth, a member of the Human Resources team at Magna. “We had a GREAT week of quality interviews.”

After the face-to-face interviews, the leadership team decided on the candidate they felt was the best fit for the role. He has since been offered a job and accepted.

“… A recent example was for a vacant leadership role.  They identified over 100 candidates nationally, then systematically pared the field down to the top candidates for our needs.  My team’s time was maximized by the process, with consensus on our top choice.  A great hire,” stated Dennis Douglas, Magna Energy Service’s CEO, when asked about his experience with the Xbig6/Dunlap Marketing recruiting services.

Please contact us if you feel your company could benefit from our recruiting services.