An international oil and gas company, a two-year Dunlap Marketing client, has proven when it comes to selling, salesmanship 101 principals still remain. Dunlap Marketing provides an integral function of making prospecting telephone calls into business around the US that have large and medium fleets of vehicles. The objective is to schedule phone or face-to-face appointments with interested prospects and our client’s regional sales managers.

“You guys are on fire in my area! Two proposals went out this week from your leads.” – Mid-states region

“Thanks for the leads Mike.  I sang your company’s praises last week at our national sales meeting.  I think your staff does a great job.” – Southeast region

“Our sales manager was able to speak with all of the calls scheduled! AND one of them is likely to close a deal with us! Nice job!” – Marketing Manager

The success of this campaign is based on applying basic salesmanship 101 tactics. Proper planning, messaging, cold calling, strategic follow up calls, and use of email correspondence are the building blocks of selling.

ARTICLE #5 IN A 6 ARTICLE SERIES 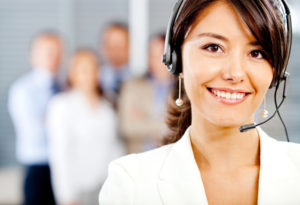 Now that you’ve gone live with calling (Article #4 – Getting Your Telemarketing Campaign Started), there is a good chance you have found there are many different results from the calls. Next steps with clear actions or an appointment are the best results. However, not all calls are as easy as that! Other results could be:

Often, there is a fine line between a prospect who is genuinely interested in receiving more information and someone who is trying to get you off the phone. As you spend more time teleprospecting, you will learn how to discern possible interest. Do not be afraid to “test the waters” in an effort to qualify interest. Your time is important – spend it wisely.  In our opinion, if a prospect asks for information to be sent, they should also be willing to share why they are asking. If you still feel unsure, and you have tried to validate the reason, err on the side of caution and send the information – you never know when they might need your product or service.

It is very important to accurately capture the prospect’s email address and/or physical address.  Obviously, email is a more desirable and economical way to send information.  Also, the more specific the information is to the prospect, the better. It will take more time to send a tailored message, but it is worth the extra effort.

And of course, after you have sent the additional information, don’t forget to call back in a few days! Your follow up at this stage becomes very important.

Keeping in mind that your prospect was not waiting by the phone for your call, you will frequently find that you have caught them at a busy time. In this instance, ask what day and time is best for you to call back. It is important to make it a priority to call your prospect back at their requested day and time – this will show you are respectful of their time and will start building trust and respect.

When you make the follow up call, remind the prospect you recently spoke with them and are calling back per their request. Refresh their memory of your previous conversation by restating something they told you. Be prepared to have a productive conversation with them about your product or service!

Often, voicemails will get in your way; use it as a tool on occasion. A message that is brief and informative is not a bad outcome.

Research and Call Back

Sometimes, a prospect will ask you a question you do not know the answer to.  This is okay and generally a sign showing the prospect has a level of interest in your product or service.  When this happens, never feel like you need to make up an answer, as this can lead to confusion and make the prospect feel you are not creditable.

Instead, let them know they asked a great question! Tell them you do not know the exact answer and would not want to lead them astray. Ask if you can call back with the correct answer – let them know approximately how long it will take you to get back with them.

Complete the necessary research and follow up with your prospect. This is another example of building trust and credibility. If you are unable to get them back on the phone, leave a voicemail or email with the answer.

Speaking with prospects and following up as promised is how the sales process gets started. It is important to show your prospects that you are credible and reliable as these first phases of the sales cycles are the foundation of your relationship with future clients. Do not get discouraged if you are asked to call back at a later time – it is a natural request and allows you the opportunity to show you respect their time and requests.

Follow up is all about timing, good planning, and being prepared.  If you are diligent and committed to the process, positive results will happen.

Be sure to read the final article in the “How to Implement a Telemarketing Campaign” series – Measuring and Analyzing. 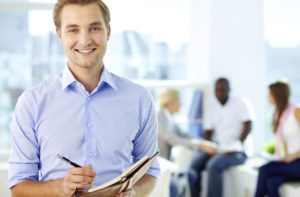 This summer, Dunlap Marketing hosted three college interns. They worked on selected, entry-level projects and did exceptionally well. When asked to describe her experience with the internship, Meredith, University of Texas, said, “It has been great – I’ve had the chance to see a side of business and marketing that usually goes on behind the scenes. I’ve gained so much knowledge from it!” Lydia, University of Texas, agreed and added, “I learned how to deliver a message in an effective and understandable way during a phone conversation. Over time, I became very comfortable and really enjoyed getting prospects to cooperate. I had a great time at Dunlap Marketing and really enjoyed all of the people here.”

The interns worked a fulltime schedule and even put in their fair share of overtime. “This job has taught me patience and tactful persistence,” said Grace, Texas A&M University. “It can be tiring trying to get to the decision maker, but having a positive attitude can go a long way. The person on the other end of the phone can tell a difference when you speak in a happy tone and they’re more likely to help or listen to what you’re saying.”

Each of the interns agreed that saving time is the biggest value Dunlap Marketing’s services provide to its customers. “Instead of spending time on setting appointments, sales reps can focus on their expertise and actually sell,” said Grace. Meredith added, “We [Dunlap Marketing] are the middle man between our client and their prospect. Dunlap Marketing reports back with details gathered from prospecting calls and the client can use that information to advance the sales process.”

Meredith summed up her experience by saying, “I have definitely improved and gained confidence in speaking with individuals as well as businesses on the phone. It’s a great skill to have in general, but even more important to me because I’m majoring in business. It’s essential to have these skills.”

Dunlap Marketing kicked off its internship program in the summer of 2015. It was a great success for the interns, Dunlap Marketing, and Dunlap’s clients. “The internship was extremely rewarding as well as eye opening,” said 2015 intern, Matt, University of Texas. “The program has proved to be a win-win for both our customers as well as business men and women in the making. Our client campaigns that staff interns flourish with the added enthusiasm. Additionally, these upcoming business leaders gain valuable, real-life knowledge and skills,” said president, Mike Dunlap. With such a fantastic experience for both the interns and clients, Dunlap Marketing will continue with the program. Please email Kaitlin, kaitlind@dunlapmarketing.com, for more information.