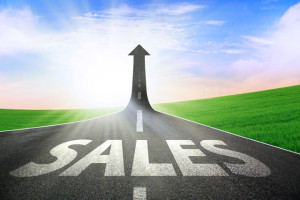 A long-time customer, who has used Dunlap Marketing’s telemarketing and appointment setting services for 9 years, called with a time sensitive project to promote a special 1-day sale. The project had been labeled as “high priority”. In an effort to compliment a direct mail and email push that the customer had already implemented, Dunlap Marketing called over 9,600 prospects inside of a 3-day period. Their job was to call the prospects and gain agreement to attend an upcoming special sales event.

The database represented up to 3-year-old records of individuals who had expressed interest in services, but had not yet purchased. In many instances, active communications did not exist between the client and prospects.

From all the prospects called, the client reported an immediate $1.2 million in new business sales that were signed on the day of the event. During the telemarketing calls, 287 individuals agreed to attend. Of these attending, 62 purchased and took advantage of great pricing. Because of the success of the telemarketing calls, Dunlap Marketing was asked to implement a follow up appointment setting campaign, calling prospects that initially committed but were unable to attend the sales event. Forty-six face-to-face appointments were set and an additional $354,000 in new business resulted from these appointments.

The customer described his experience with Dunlap Marketing as, “Very successful! I am very impressed with how quickly Dunlap Marketing designed a message and launched a call campaign that created outstanding results and revenue. It is amazing at how they responded to such a large prospect list. We will implement this same strategy again next year.”

Can a telemarketing campaign bring your business more than $1 million in immediate sales? Maybe yes or maybe no. However, if done correctly with a targeted call list, Dunlap Marketing can implement a “quick-push” telemarketing and appointment setting campaign similar to this. Organization, experience, efficiency, and well-trained staff members are all key ingredients to success.